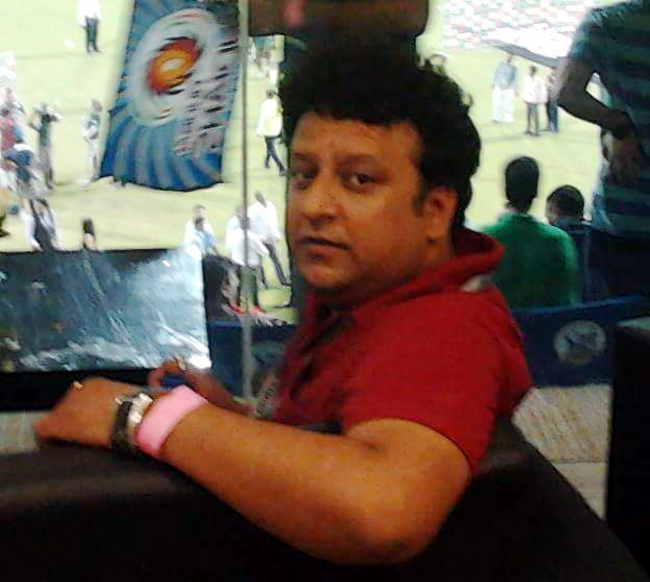 I clearly remember that conversation with Saumit Singh. It was just after Independence Day in 2013. He was goading me to be more aggressive in my writing. “Tu Bohot Soft Hai. This is not journalism. You should say it the way it should be said,” he said.

There couldn’t be a better example of aggressiveness than Saumit Singh. Taking on Bollywood personalities is one thing but waging war against corporate giants is another. Saumit wrote numerous articles against corporate giants. I know for sure that some of them made the companies so uncomfortable that they hurled legal notices at him. In at least one of the cases, he was forced to apologise because he didn’t want to be dragged to a courtroom outside Delhi.

Saumit’s fearless blogs made news too. He made it to the front page of DNA when he made public, the conversations between Preity Zinta and Ness Wadia at the Wankhede Stadium, which led Preity to file a FIR of molestation against Wadia.

Saumit’s blog, about how he was told to drop a story about NSE, made headlines and “created a flutter in the media circles”.

Saumit wrote numerous such stories and in some of them he attacked senior editors of media houses quite blatantly. I would guess that further limited his scope of employment in some media houses. But he didn’t seem to care.

I am yet to see a public rebuttal to his stories. I don’t think in any of the stories, he had his facts wrong. I always believed that Saumit was doing very well given the nature of his journalism. His site had huge hits, in terms of page views. But this aggressive stance was also taking a toll on him. He was without a regular job for a while but there was nothing to believe that he was in any sort of crisis. He stopped writing regularly but we spoke off and on.

He admitted that he needed more funds for his website but he never said that he was suffering financially.  I briefly lost touch with him for about six months because I was going through a trying time myself and I was in between jobs, twice. I didn’t prepare myself for the shock that I was supposed to receive next.

On March 31st 2016, I received a message from his wife that Saumit has been admitted to Cosmos Institute of Mental Health and Behavioural Science at Vikas Marg, New Delhi. When I called Sushma, she told me that Saumit had been missing for two days and when he was finally found, a doctor advised that he be hospitalised immediately.

I send out WhatsApp messages to all common friends on my contact list, specially former colleagues of DNA with whom we have worked. I also asked Sushma to tell me if Saumit had any friends in the Mumbai page three circuit. I took down the names from her and sent out a message to them too.

Only three people responded positively and immediately — 1. Ayaz Memon 2. Parvez Damania and 3. Nandita Puri. All of them did whatever they could in that hour of crisis. Others just ignored my message.

Some of my journalist friends sent me a sad smiley in return and most of them didn’t even respond to the WhatsApp message even though I know that they had read it. The page three celebs about whom Saumit had written so many “positive” articles, couldn’t be less  bothered.

We tried to put out the message that he is sick and he needs help. Nobody, I repeat, nobody even responded to my call. In the end, thanks to Saumit’s family’s strong support, the crisis was over and Saumit came back home.

After Saumit came home, I made it a point to speak to him at least once every week. His wife told me that he is doing fine. Saumit told me that he is doing fine. But he was in depression. I spoke to him, convinced him to write for me again (so I can pay him some money through my company) but nothing seemed to be working. He was not willing to work.

When I spoke to Saumit on June 30, he told me in a mocking tone that I too should stop calling him because “nobody cares”. I have never seen cases of severe depression before so I couldn’t recognise the obvious signs.

He killed himself a few days later. I know that all of you loved him (going by your social media posts) but none of you were there when he needed you the most. I appeal to every friend of his, who are posting tributes to social media to step forward and help his family.

You may contact his wife Sushma and offer anything that might help them in this hour of need. I am again seeking help for Saumit. This time more openly and publicly. Only this time, I hope that at least some of you will respond. I am putting out this post with a few intimate details and asking for help with the permission of his wife.