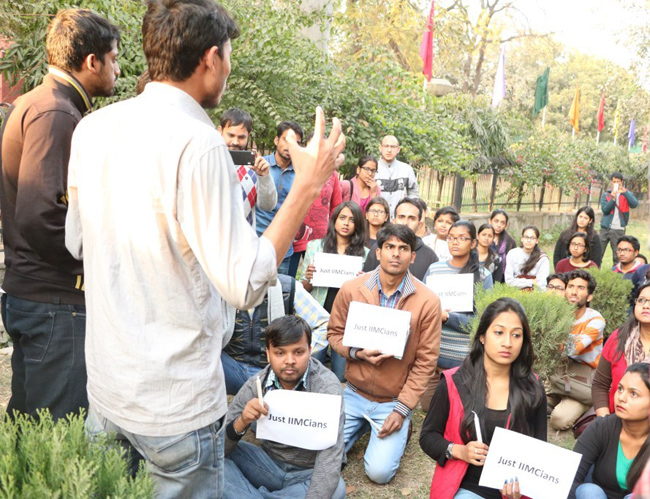 · Sadbhavana March held at 5 PM outside campus.
· More than 100 students present at protest march.
· March was held to highlight the harmony amongst students.
· Posters stating ‘zero bias on campus’ and ‘just IIMCians’ displayed.
· Condemned the actions of both parties.
· Expression of the liberal feeling in society.

Following recent developments over the alleged discrimination of a certain caste at the Indian Institute of Mass Communication, the students here held a peace march today against the perception of the existence of a divisionary atmosphere at the Institute. More than 100 students gathered outside the campus and conducted a candle march.

The march was held to reinforce the fact that no bias or discrimination exists among the students, who respect diversity and welcome constructive debate. Students who participated in this movement explicitly mentioned that they had no other intention except to showcase the peace and harmony prevalent at the institute.

At the gathering, the remarks made in the offending Facebook post were strongly condemned, with the students stressing that they supported neither party involved in this controversy. The over‑riding sentiment at the meeting was one of solidarity in the interests of tranquility. It was an appeal for everyone to come together and protect the social fabric of the Institute. 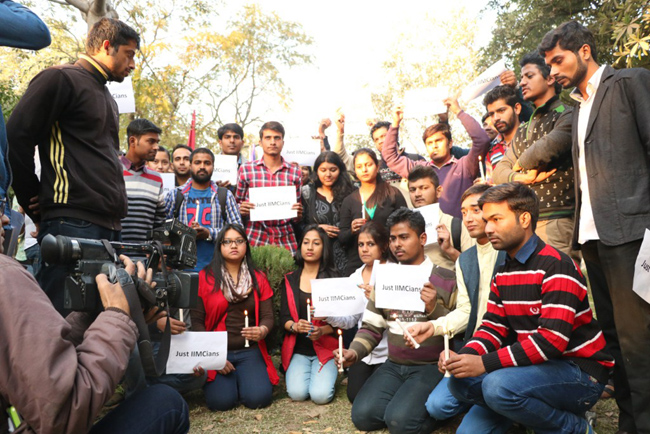