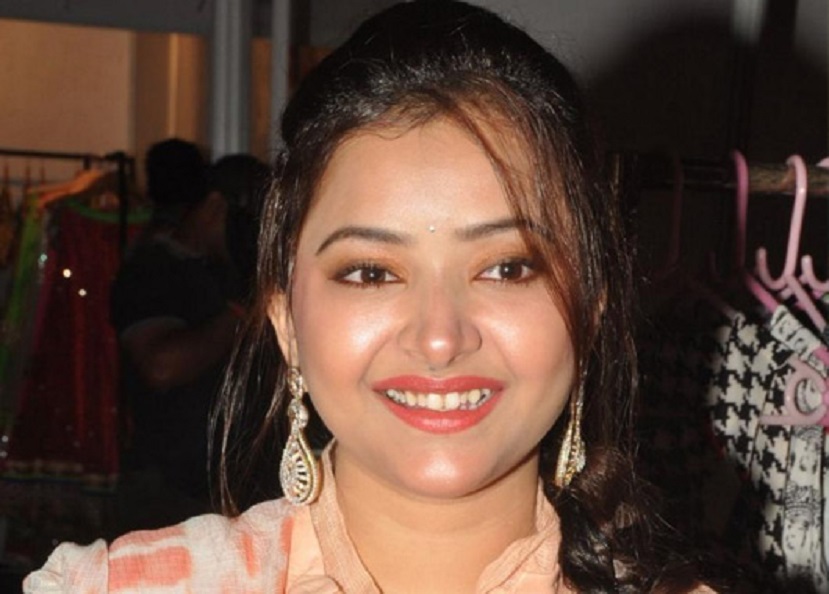 I grew up admiring some great journalists and reporters who, some times report even live from war-torn borders, natural disaster sites, terror attacked locations, etc. without hesitating a bit. These heroes inspired me to pursue my degree in Mass Media and Journalism degree too. I always thought, ‘wow! These guys, the media, actually risk their lives to bring us the truth’. And boom! You create a mess in my very life. Well done.

I understand that everything was a chain of reaction and versions of the incident with several mis-leading stories were picked up along with my………..wait, NOT MY ‘statement!’, which said:

“I have made wrong choices in my career, and I was out of money. I had to support my family and some other good causes. All doors were closed, and some people encouraged me to get into prostitution to earn money. I was helpless, and with no option left to choose, I got involved in this act. I’m not the only one who faced this problem, and there are several other heroines who have gone through this phase”

Seriously?? Whoever you are, who imagined this statement, were you smoking funny cigarettes at work? Who talks like that? This sounds like a dialogue from some 80’s Bollywood film. And why so many ‘and’ in that statement, go back to school amateur!

Thankfully my family, my friends and my circle of people didn’t believe this statement. They know I do not speak like that. But, for the rest of India or anyone, anywhere on planet, for the last time : THIS IS NOT MY STATEMENT!

The problem with our society is, as long as I was given sympathy and everyone went ‘awwww’, ‘poor girl’, ‘so sad’ and so on, everybody was supporting me. But, as soon as people understand that they got carried away by a false statement and a girl of 23 can be strong and can stand on her own feet without any sympathies, the society feels that she is lying?? What’s my fault if the news were the way they were? I cannot force anyone to like or respect me. These happen naturally. What happened was beyond my control.

After my detainment, I went straight to the rescue home where I stayed for 59 and a half days. (60th day, I came home), then where and how did I give a statement to media? My phone was confiscated, I made few last calls to Maa and few other close friends. I had absolutely no access to newspapers, television, internet or radio for those 2 months. I had no clue what was going on outside Prajwala rescue home, Mehboob Nagar (outskirts of Hyderabad). Although I had a lovely time there teaching kids Hindi, English and Hindustani Classical vocals. I always do and I always will count those children in my prayers. I also read 12 books in those 2 months. Yes 12. Spent my time very productively.

But, after I came back home in Mumbai on 30th October 2014, I came across all the reports that had been around for those 2 months when I was absent and I was more amused than disappointed!

A report also said that ‘the cops’ said I gave that ‘statement’, which was denied by the Police in Hyderabad when I confronted them. One of the Police said, that no press notes were released by the department of Police, Hyderabad, of any such statement made by me. And anyway, Police is not allowed to reveal identity in such cases, so it was not possible by them to reveal any such statement. It’s against the law. And how could they, firstly this statement does not exist. I was absent in the scene and that was an advantage for it to do the rounds.

And who are these business men in my life? I am just as curious as all of you!
So, here is the riddle: Why were the business men names who were caught ‘along with me’ not revealed?
Clue: Were there any business men with me in that room at the time of detainment in the first place?

I was in Hyderabad for Santhosham Awards, which was conducted on 30th August. I was never encouraged to get into commercial sex and no agent booked my tickets and stay there! My tickets and accommodation was done by the award event organizers. The hotel where I stayed with other guests of the award ceremony was a hospitality partner with the event. I still have the itinerary in my email inbox.

My parents did not want me to act after Iqbal (2005). My parents’ bigger concern was me passing my 10th and 12th grade properly and not jumping into movies at 16! We don’t dine at Wasabi every other weekend but that doesn’t mean my parents have not done enough to bring me up well. I had the best possible education, birthday gifts, family vacations, Sports clubs for playing a sport and enrollment at Music Institute for learning music (I learn The Sitar from Sangit Mahabharati, Juhu, Mumbai), everything that a normal upper-middle class parents can do.

I did few south films (Telugu and Tamil) when I was about 18 and then past 3 and half years I had been busy making a documentary film called Roots on Indian Classical music, starring interviews of Ustad  Amjad Ali Khan, Pt Shiv Kumar Sharma, Shubha Mudgal, A R Rahman, Vishal Bhardwaj, Dr L Subramaniam, Pt Hari Prasad Chaurasia to name a few. In fact, in June 2014 along with a friend, Adhiraj Bose I also co-produced and acted in a 12 minute short film named INT. CAFÉ NIGHT that starred myself along with Shernaz Patel, Naseeruddin Shah and Naveen Kasturia, which is doing rounds of film festivals right now. I have been auditioning for acting assignments as well. So what ‘doors’ were closed? Please get your facts right before jumping into conclusions!

However, on 5th December 2014 the Metropolitan Sessions Court, Nampally, Hyderabad, gave me clean chit in the case and withdrew the charges and stay order against me made by the trial court.To all those who supported me through out all this, thank you so much, extending a big hug to all of you.

Anyway, enough said, enough heard. I have completely gone past the whole incident and I overlook everyone who picked up false statement(s) and encouraged mis-leading stories without verifying it’s authenticity. I overlook, because this episode does not deserve any more attention!