I certainly don’t see NDTV as either victim or crusader… 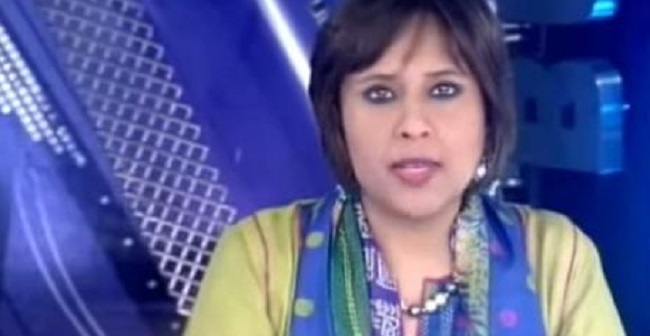 Barkha Dutt : For the last few days I have observed with cynical amusement a public debate around NDTV taking down a story related to Amit Shah. I am not getting into the specifics of the story here and whether the story was right or wrong but I did point out when I first heard the controversy that the axing of stories at NDTV is hardly new and those seeking the higher moral ground today remained absolutely silent when some of us fought with the owners and management over these issues.

So when a former colleague calls this an “aberration” surely that is a knowing falsehood. The said former colleague and some others who have lately tried to claim the mantle of free speech crusaders- are all aware of the many different times stories were taken down or simply disallowed at NDTV. All of these people were totally silent then or rationalized the management decisions. An interview Nitin Gokhale did with the outgoing Navy Chief was taken down. There were other guests we were instructed not to call on the channel but the management did not want to put this in writing lest the mail leak. I was disallowed from pursuing a story on what was called the Jayanti Tax controversy.

I was given hell for a story I did on Robert Vadra; the only reason that story was not taken down is because it was already published on the website and at the time the management was convinced that it would draw too much attention to take it down Later. Then an innocuous bread and butter interview I did with Chidambaram was taken off air during the aftermath of the surgical strikes. An internal memo was circulated to justify this and went so far as to say that no politician should be given air time – a diktat that lasted all of a day. Already on the wrong side of the network for my argument over the Vadra story I protested this censorship.

I said while I worked at NDTV I could not criticise them in public but there was no way I could defend this strange axing either. When asked in public I would simply say it was a management decision above my pay grade. Over the next two months , for the stand I took, I was clearly punished with a hostile newsroom environment that sought to push me out of any big news story that the top bosses were anchoring. It was later told to me that my protest was seen as a “betrayal” and that I argued too much about the news.

I was then offered a non daily- news arrangement at NDTV and was told that they – the owners -did not want to hear arguments of the kind I had on News stories like the Vadra issue or the PC axing or other stories. I said that a lack of engagement with the news or elections that were imminent did not suit me and I would rather exit….since my mails had just been hacked ( you can read the fight over the axed PC interview in them) I said I did not want my parting to be linked to that and we agreed I would leave a month later.

What I do know is this : 1. I was punished for taking a stand and speaking my mind on news – censorship. The fights I had applied to both BJP & Congress stories. 2. NDTV wanted me off daily news so that no one would question it’s arbitrary decisions 3. Maybe at that stage NDTV was trying to make peace with the BJP. Incidentally it’s Senior folks have approached a slew of govt ministers for help in the last few months while pretending to fight the BJP at Press Club and so on..so utterly fake. 4. Am adult enough to know that stories are censored in other newsrooms too but who else pretends to be this self righteous and morally Superior. It’s the humbug and hypocrisy that really gets me : say one thing and do another. So forgive me if I laugh at the narrative the company is trying to claim as an anti establishment crusader. Even through this entire period they have repeatedly sought help from the BJP.
I took a stand on censorship and paid a price. So be it. But I don’t see ex colleagues doing that. Nor did they speak up earlier though all were aware of these facts.

And I certainly don’t see NDTV as either victim or crusader. Oh please. This is what is fake liberalism.