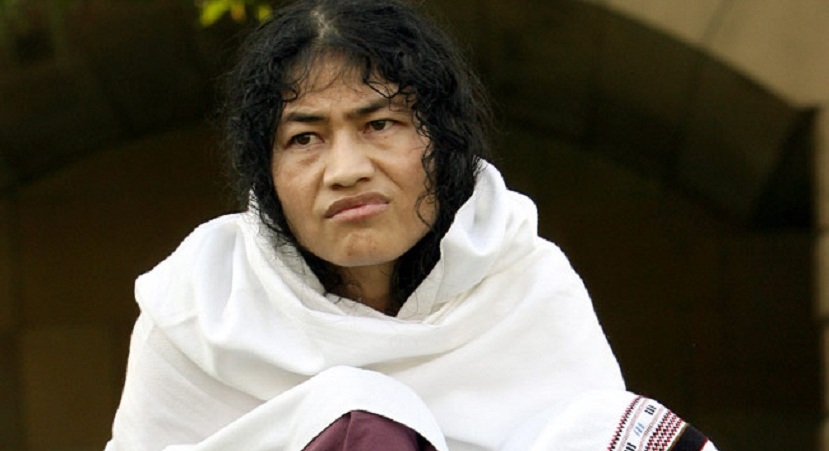 Save Sharmila Solidarity Campaign (SSSC) is a nation-wide campaign in support of Irom Sharmila and for the repeal of the draconian law of AFSPA. For three years now, it has been working to spread awareness, mobilise support and generate political pressure to repeal the law. In this regard, it has organised awareness campaigns, public demonstrations, two nation-wide awareness rallies, nation-wide signature campaign, met NHRC chairperson, written letters to PMO, the President and other authorities etc. It is an umbrella of many civil society organisations.

On 19th August, Imphal Court in its humane judgement had ordered to release Irom Sharmila as it stated that “no supportive evidence of attempted suicide” was found. But today, the Manipur police had forcibly re-arrested her.

SSSC condemns this re-arrest. Ravi Nitesh, core member of SSSC remarked, “The arrest of Irom Sharmila is shameful and undemocratic. Instead of focusing on her demand, her issue, the Government is only responding by arresting her. It is shameful that in these 14 years, the “concerned” Govt. of both state and centre have not made a single attempt to open talks with her.” “The Govt. must also know that by arresting her, they cannot suppress her thoughts, her ideology,” he added.

Pankaj Pathak core member of SSSC stated, “She is being arrested on the claim of attempting suicide while she has always refuted this claim. She has re-iterated several times that she loves her life and is only demanding rights, equality and justice for everyone. Why doesn’t the Govt focus on the reason, on her statement?”

Devika Mittal, core member of SSSC, said, “It is shameful that that they can only see her as a law offender but not as a victim. It is shameful that in this democracy, the victim is imprisoned instead of the culprit. AFSPA is the culprit and this has been established by Govt-appointed committees, national and international human rights’ organizations and even judiciary. ”

SSSC believes that AFSPA must be repealed as an immediate measure. It should be noted that even government’s own committees have recommended the measures to do the same. The continuous violation must need to stop. Also, Government must come forward to express its ‘willing’ attitude of resolving the problem rather than ignoring the peaceful and non violent struggle of Irom Sharmila. SSSC considers Irom Sharmila as its leader and will always stand for her support for the very cause of truth, justice, humanity and peace. At the same time, SSSC demands with the government to remove the case of ‘attempt to suicide’ from her and to make her free to communicate with her supporters. Until the demands will be fulfilled, the struggle and demonstrations will continue.