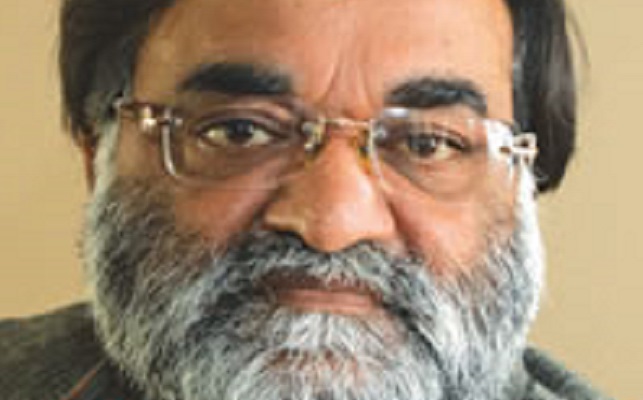 Ace columnist, writer and journalist, Pradeep Saurabh comes with more than thirty years of experience. He has extensively worked in media from field reporting to desk roles. In all these years, Pradeep Saurabh has filed numerous reports, attended several national and international seminars, covered dozens of assembly and parliamentary elections as well as revolt and riots. He is also a popular face on political and social debates of various national TV news channels.

His specialization being Political analysis, he has made his contribution as a weekly columnist for 6 consecutive years on the editorial page of Hindi daily ‘Hindustan’. His profiling column has been very popular all through.

As a columnist / contributor, he contributed to Hindi daily ‘Aaj’, ‘Dainik Jagran’, ‘Bharat’, ‘Nutan kahaniya’ and ‘Medical Times’. Apart from this he has also contributed on senior posts in newspapers and magazines named ‘Weekly Hindustan’, ‘Hindustan’, and ‘The Sea Express’. He has also been the founder editor of the bilingual website Khabarchi.

Pradeep Saurabh has been a student of Jawaharlal University and prestigious media institute of Delhi, IIMC. He has also been awarded with many national and international prestigious honors, including Indu Sharma Katha Samman in London, Best Environmental journalist award from Himachal Pradesh Saraka; His novel “Teesri Titli” is included in Oxford University of London’s “Reading of novel’.