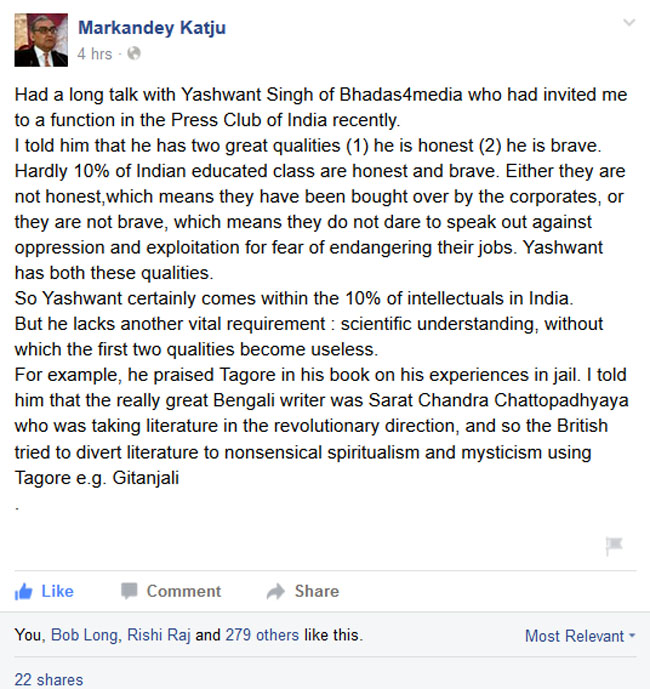 Markandey Katju : Had a long talk with Yashwant Singh of Bhadas4media who had invited me to a function in the Press Club of India recently. I told him that he has two great qualities (1) he is honest (2) he is brave. Hardly 10% of Indian educated class are honest and brave. Either they are not honest,which means they have been bought over by the corporates, or they are not brave, which means they do not dare to speak out against oppression and exploitation for fear of endangering their jobs. Yashwant has both these qualities.

So Yashwant certainly comes within the 10% of intellectuals in India. But he lacks another vital requirement : scientific understanding, without which the first two qualities become useless. For example, he praised Tagore in his book on his experiences in jail. I told him that the really great Bengali writer was Sarat Chandra Chattopadhyaya who was taking literature in the revolutionary direction, and so the British tried to divert literature to nonsensical spiritualism and mysticism using Tagore e.g. Gitanjali

Dayakar Gundela are you praising or insulting Yashwant singh?

Markandey Katju I am both praising him and criticizing him