Among top local language dailies (excluding Hindi and English), Malayalam Manorama has highest readership for Malayalam, Daily Thanthi for Tamil, Lokmat for Marathi, AnandaBazar Patrika for Bengali, Eenadu for Telugu and Gujarat Samachar for Gujarati. Here is the list of Top 10 language dailies in India. 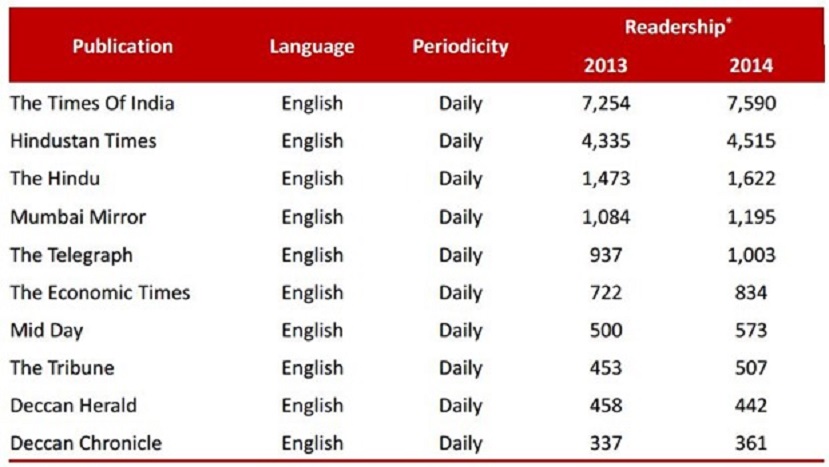 Times of India by all counts is not only the most read English daily newspaper in India, but also in the world. With a readership of close to 7.6 million, they are more than double of US Today, which has circulation of close to 3.5 million, also the most circulated newspaper in America. Hindustan Times, with 4.5 million readership is the 2 most circulated english newspaper in India followed by The Hindu at 1.6 million. Here too, out of the Top 10 English dailies, except for Deccan Herald, all others have been able to post positive growth. The universal growth in readership of physical newspapers show that even with onslaught of  Internet and mobile devices, people still prefer reading real physical newspapers. 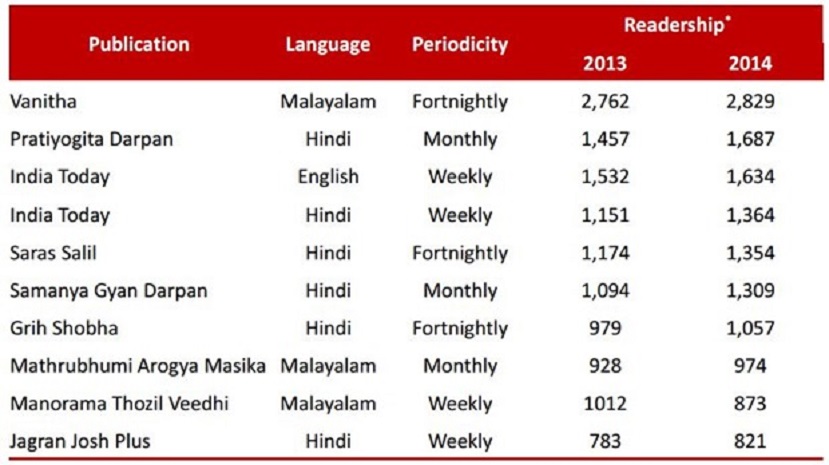 Even when it comes to magazines, local hindi is the most preferred language, with 6 out of top 10 magazines being Hindi. Vanitha, a fortnightly Malayalam magazine tops the list with readership of 2.8 million. India Today is the most read English weekly magazine with readership of 1.63 million. One of the reasons, why India is seeing surge in physical newspaper/magazine readership is because internet penetration is still not high in India, as compared to other countries. Once, that scenario changes, the demand will start becoming lower!