Mr Jagdish Chandra, who had recently joined Zee Media as its CEO for regional channels, has now been elevated as Executive Director on the Main Board of the company.

Jagdeesh Chandra quits ETV. : The longest serving CEO of any regional network in the country in the recent times, Jagdeesh Chandra, who was heading ETV for the last more than 8 years, has finally moved out from Network18 (which also controls ETV) to pursue other major opportunities and his future entrepreneurship designs.  Mr.Chandra was the initial choice of Shri Ramoji Rao and when Reliance took over the Network in 2012, Mr.Chandra also continued with Network18 and during the last five years, Reliance launched 8 new regional News channels under his leadership. Q: Welcome to ETV’s JC Show. Though there’s a lot of debate on whether Good Days of Modi has come or not, one thing is for sure that Nitin Gadkari is doing very good works. What are those? 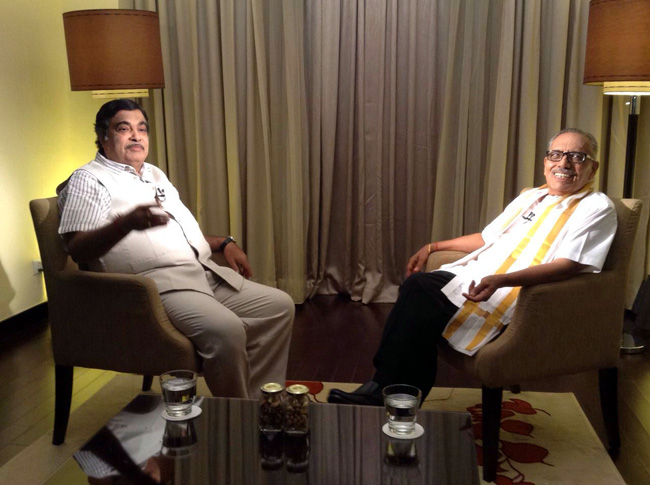 A: People can better judge my work. I feel that we are a rich nation with poor population. We can change this situation. I have a budget of 3.5 lakh crore for five years combining the two ministries that is under me. But, I have targeted to complete 25 lakh crore worth projects by the completion of my five year tenure. At least five crore youths will get jobs through the projects that we have under taken in roads, ports, shipping, waterways sectors. We want to build dry ports in Rajasthan. If we compare the cost of transporting, then what costs 1.5 rupees by road, will cost one rupee by train and by waterways it costs only 20 paise. At international market, our logistic cost is 18 per cent, where as that of China is 8 per cent. 47 per cent of China’s passengers and goods traffic depend on water ways. It’s 43 to 44 per cent in Korea and Japan. In UK, European countries and Germany, it’s more than 40 Per cent. But, in India it was earlier only 3.5 per cent. In two years, we increased it to 6 Per Cent. I want to run ships in Indira Canal. Through this, one will not only get water to drink, but also for irrigation for agriculture, fisheries, as well as goods and passengers can be transported. We want to build water grid and want to link to ocean. Our parliament has passed the bill to make inland water ways in 111 rivers. We have started the work on Ganga River worth 4 thousand crore rupees. We also want to work in Rajasthan. Chief Minister of Rajasthan, Vasundhara Raje has given a report in this regard. We will make a canal from Gujarat Boarder, between Kandla and Mundra Port. The canal will go 350 Kilometers through Jhalore district. People will get water from this, and waterways can also be helpful for transport. This will increase the export and also create jobs for the people.