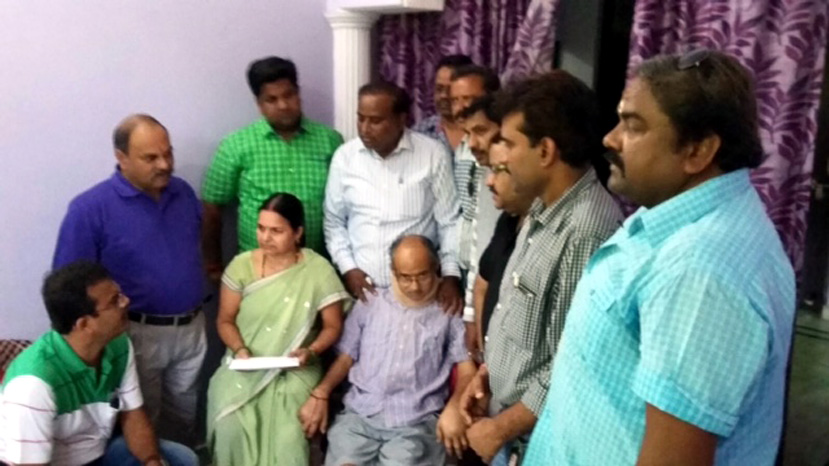 Sub: Seeking your immediate attention towards the brutal murder of my daughter by her own husband

As I have taken a pen in my hand to convey the magnitude of my anguish to you, I am observing that my fingers are trembling and the rivulets of tears are gushing forth, drenching my whole face. Sir, I am a helpless father whose daughter had been hacked to death by her husband Dharmendra Jha purportedly on 2nd of March 2015. My daughter Puja Kumari was barely of 25 years old when the ugly clutches of death had taken her away from us. Uglier still, the murderer Dharmendra Jha still remains at large till date despite police conducting ostensible raids to trace him and other members of his family.

Uttar Pradesh government today announced financial assistance to the families of the three journalists who passed away recently, a senior official said. Principal Secretary, Information, Navneet Sehgal said a financial assistance of Rs 20 lakh to the families of each of the scribes (Amresh Mishra-Hindustan, Manoj Srivastava-Amar Ujala and Tahir Abbas-Rashtriya Sahara) who passed away recently will be provided.